🙅 Disclaimer: despite working for a medical tech company, I know next to nothing about anything in medicine. This post is part rant, part PSA, but absolutely not medical advice!

Almost exactly one year ago, I stuffed my carry-on with ~73 boxes of Fluoxetine (aka Prozac) and left for Heathrow airport. I was flying to Japan with a Working Holiday Visa, but to onlookers, I probably looked like a middle-class drug mule.

My decision to move to Japan was somewhat spontaneous – long-term planning wasn't a concern during the insane uprooting of my UK life to this country on the other side of the planet – but one thing I did manage to get right was the medical preparation.

Medical preparation for a year that is, because the availability of modern antidepressants in Japan turned out to be... somewhat lacking.

This subject, and indeed that of mental health in general here in Japan, deserves a great deal more coverage and discussion. Unfortunately, I'm working with a limited capacity to understand Japanese, so it's possible information here is out of date or just plain wrong.

Please reach out to me (@MorrisonCole) if you have any corrections and/or suggestions!

Although antidepressants are still not very good in general, there is little doubt that they are an effective first line treatment for depression. In fact, there are so many drugs available that we normally just refer to them by their mechanism (presumably in order to avoid having to blurt out weird and wonderful compound names during patient-doctor conversations).

The most common of these categories are SSRIs. These are what you're likely to be prescribed if you visit your doctor in Europe for that difficult but oh-so-necessary depression chat.

I've taken two SSRIs since I first got help for major depressive disorder a few years ago - Citalopram and Fluoxetine. Since 2018 I've been on varying dosages of the latter, but I was surprised to discover while researching this post that it was actually first legalised in the US all the way back in 1988 👴🏼!

I chose the drug with the advice of my doctor, but in general, Fluoxetine seems to be a reasonably safe bet. It has a better-than-placebo dropout rate due to 'adverse events' and decent efficacy.

I'd forgive you for assuming that a 32-year-old antidepressant would be available here in Japan, but you would be wrong. Japan is a time warp sometimes, and when it comes to mental health, it's no exception.

None of the antidepressants I was familiar with in the UK are available here - most have either failed to be approved or simply gave up on their effort to enter the Japanese market. When I first looked over the list with my doctor before I left, I didn't recognise anything.

That's not to say that there are no antidepressants available — the first SSRI to be approved in Japan was Fluvoxamine in 1999 (incidentally, 5 years after it entered the US market) — and more have been approved since.

The newest (available since 2010) and most widely-prescribed (as of 2017) is an SNRI named Duloxetine, which unfortunately seems to have a fairly high rate of 'adverse events' (honestly, could they chose a more ominous phrase!?). Despite that, it has significant efficacy if taken to. More recently, Vortioxetine was approved in Japan and will be commercialised soon 💸.

Before you try to get through airport security with a rucksack full of illegal drugs, you obviously have to do a little paperwork. Despite the rumours, you won't need a fax machine for this one.

Despite strict internal regulation, Japan allows the import of personal medicines (for the most part). If you need more than 1 month's supply, you'll need a form known as a 'yakkan shoumei' 「薬監証明」.

Naturally, I brought a years supply with me: 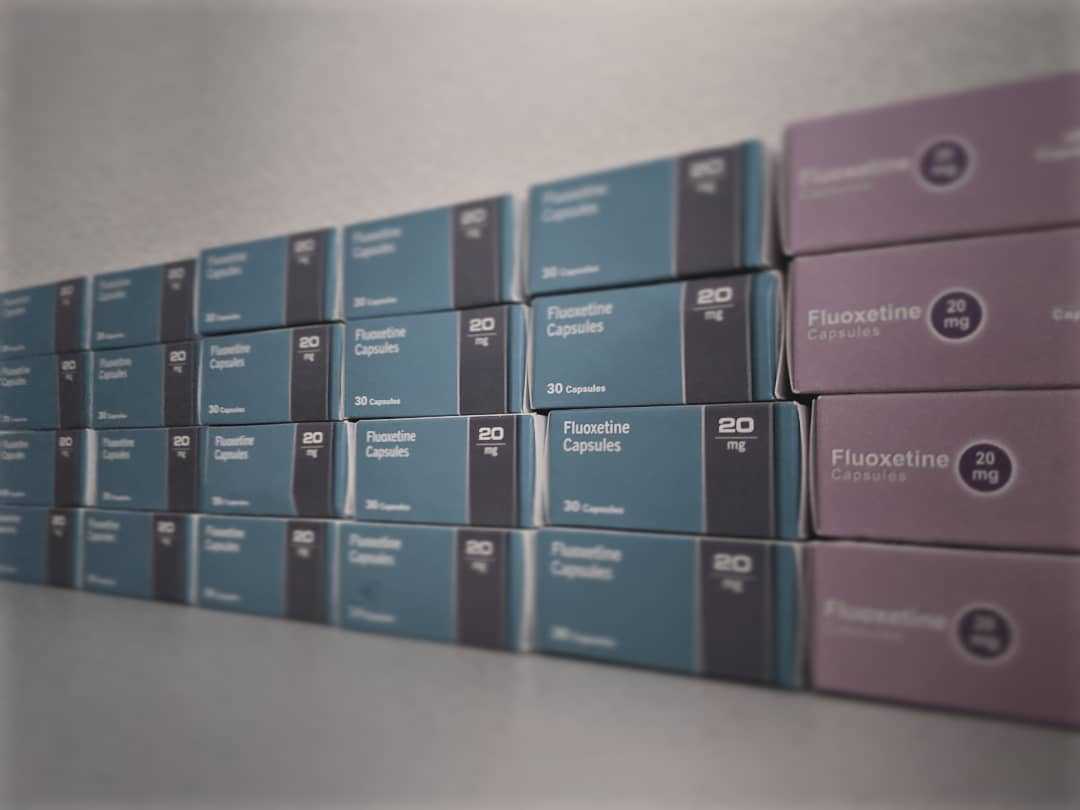 It's not enough to just fill out the form - prior to departure you must send your application to the 'Ministry of Health, Labour and Welfare' and receive approval.

Since I was entering via Kansai, I had to get in touch with the 'Kinki Regional Bureau of Health and Welfare'. Included in my application were:

Yes, I could use email. No fax machines in sight!

💡 You can find general advice and contact information in English about the whole process at mhlw.go.jp.

Happily I recieved import approval and signed documents just 1 day after emailing my submission over. Efficient!

Moving countries is never easy, and honestly I would rather not go through this process ever again, so... good luck if you're facing it 😅... but I'll never forget the look on the two customs officers faces as I arrived at Kansai International Airport with a rucksack literally full of Fluoxetine. Maybe it was worth it just for that!

As for me now, my Fluoxetine supplies are dwindling and I'll soon be faced with the rather unattractive options of either a) navigating the prescription process in Japan and transitioning to a different drug, b) coming off altogether, or c) checking whether I can bring another years supply upon my return from a holiday in the UK.

Thankfully though, there are at least some options here, and whilst the whole process is slightly intimidating, I'm lucky to have some amazing people around me that are happy to lend a hand!

Perhaps one day this will no longer be a problem, but until then, make sure to buy a big backpack.